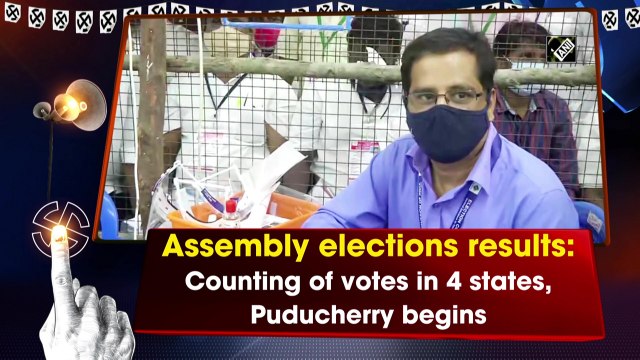 The counting of votes for state Assembly polls began at 8 am on May 2. Election results will decide the fate of four states -- Assam, Kerala, Tamil Nadu, West Bengal, and the union territory of Puducherry. All necessary arrangements have been made by the Election Commission for counting across counting centres. The outcome of Assembly polls is likely to have implications for politics at the national level. Elections in Kerala, Tamil Nadu and Puducherry were held in a single phase on April 6. Elections in Assam were conducted in 3 phases and West Bengal went to polls in eight phases.